Addressing challenges in the built environment 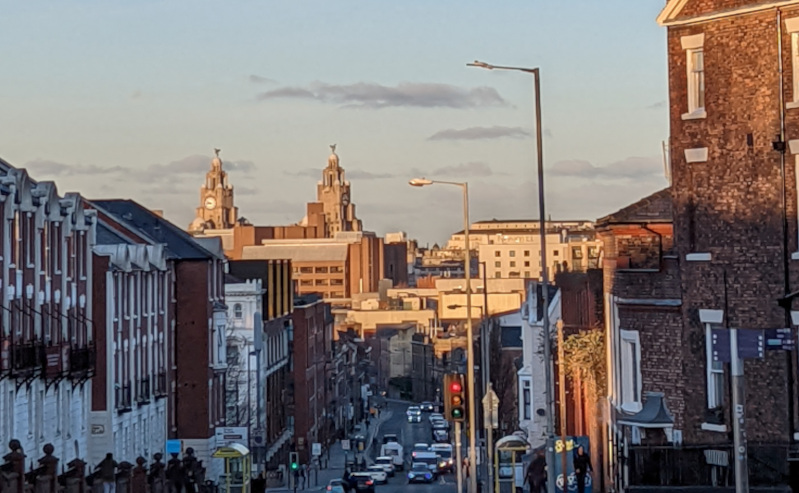 The image shows an unchanged view of Liverpool over the years yet the city and this area has changed enormously. The view is not about looking back but in considering how the old and new work together. Particularly post-Covid it’s not all about reinvention and dismissing the past, it’s about taking what we’ve learnt and adapting.
———-

Recently we were asked by PLACED, a social enterprise engaging with people across the north west, to reflect on changes to the built environment to mark their 10th birthday.

Having recently moved to Liverpool this provided us with an opportunity to reflect on the differences between London and the north west. The series of 10-year celebratory blogs continues on PLACED’s medium site.

I came across PLACED on social media and was interested in how they were engaging people across the north west in their work. There are shared interests where I engage with business owners and market traders and PLACED more with community, residents and young people.

In 2021 we were able to collaborate and bring PLACED’s experience to a wider audience where young people from their programme took part in a London Society event on what cities can offer younger people and how they can shape it. The PLACED participants were confident young people and inspiring in how they were able to share their views.

Thinking back over the last 10 years, it’s been a time of change in many places, but not all have been successful, opening up a bigger gaps between those that are and those that are falling behind.

In 2012, The Olympics were taking place near where I lived in London and there was a sense of optimism. The development of the former Olympic Park is perhaps a good example of how much places can change over a decade. In Liverpool The Giants visited continuing to build on the 2008 City of Culture legacy.

Some places are now unrecognisable (compared to 10 years ago) – there are parts of London that were in the early stages of change, that have now been supercharged into unaffordable areas and new areas of Manchester city centre exist that didn’t previously, yet in other places, change has had a negative impact, with an increase in derelict sites and empty premises.

It feels like high streets, town centres and the public realm have never had more attention than they do now. It started pre-Covid with a rallying cry to ‘save our high streets’ and now numerous funding programmes have been lavished on them, but it’s not a quick fix and challenges remain around:

What PLACED and others can do to address these challenges.

I remember a meeting with Jo during lockdown 1 when we were wondering what would happen as all of our engagement had been face-to-face. Here we are two years on, with more routes to reaching people than before, with different results.

Online engagement has been a saviour and it will likely continue to be part of the mix but it’ll evolve and change again. Online often reaches people who wouldn’t come to an event and can offer more flexibility on timing; 1-1 video works well and can be good for larger sessions where breakout rooms are offered, but from my own experience, face-to-face still creates the best results. This is especially the case with small businesses, where seeing people in their business provides observational insights that can’t be gleaned elsewhere. The same applies to places and I’m grateful that I can now get out and about again.

We need to keep finding ways in which people can have a say in their neighbourhoods. Covid-19 has made people think more about the type of places they live in, the amenities they want and their connections to other places. In many ways they are more interested, compared to 10 years ago and I’m sure PLACED are already devising yet more ways to engage!