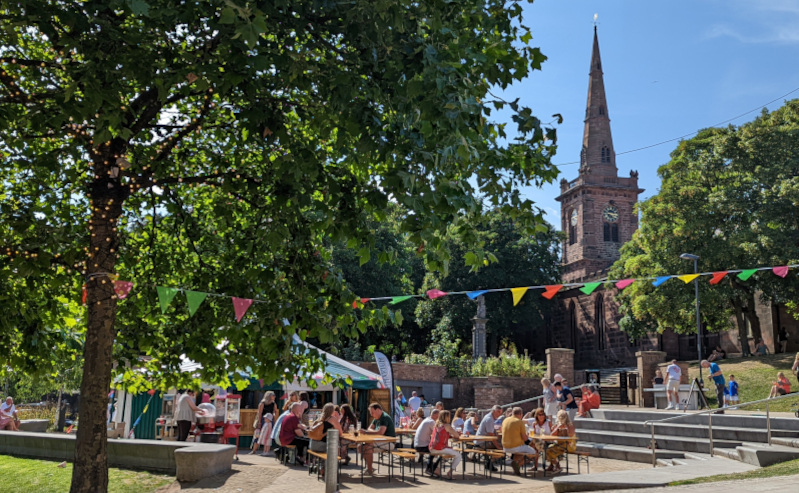 Prescot is a small town in the borough of Knowsley located approximately 10 miles outside Liverpool. With a history focused on watch making and more recently as the former site of BICC Cables it has had to reinvent itself as industries closed down and sites became large retail parks and a Tesco Extra.

Over the past seven years, several new businesses have opened and the original high street buildings have been restored via Historic England funding with Prescot designated as a High Street Heritage Action Zone.

On the weekend of 15-17 July, the town centre was buzzing with the opening of the Shakespeare North Playhouse, the latest new addition to the town centre. The theatre itself is beautiful and opens up new views of the town from its glass fronted areas and the Sir Ken Dodd Performance Garden.

It was lovely to see so many people interested in what was happening and spending money in the town centre. There were many comments that people couldn’t believe this was in their town!

The revival of Prescot isn’t resting on the theatre alone. Change has been building over the last five years with new businesses opening at a steady rate building into what is now a strong F&B offer on the high street. During Covid-19 lockdowns heritage works continued and many of the buildings were restored and public realm upgraded.

It doesn’t stop there though, Historic England funding is supporting works on a former bank on a prominent corner close to the church and theatre and the former Picture Palace cinema is also under development.

Looking forward to seeing what comes next! 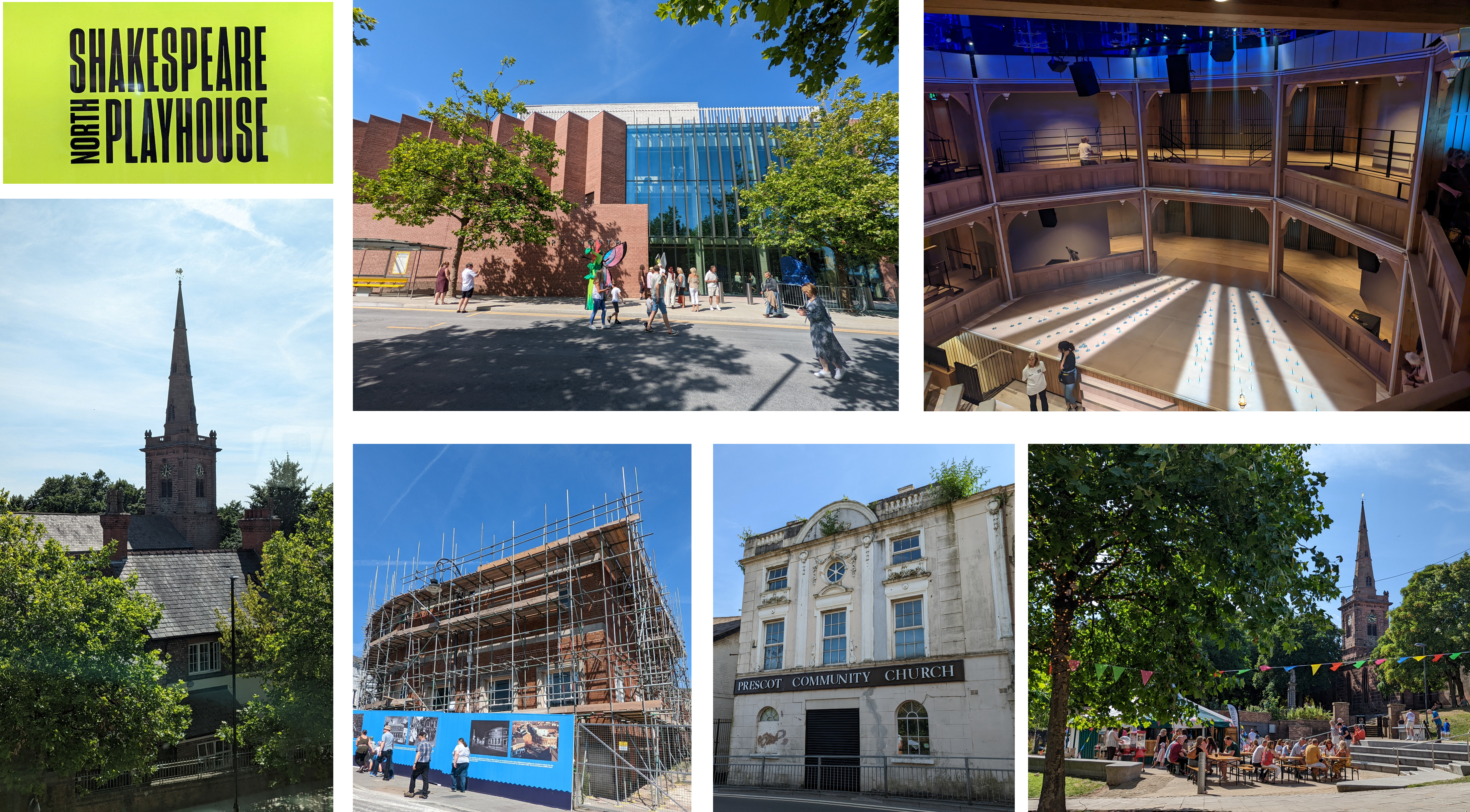