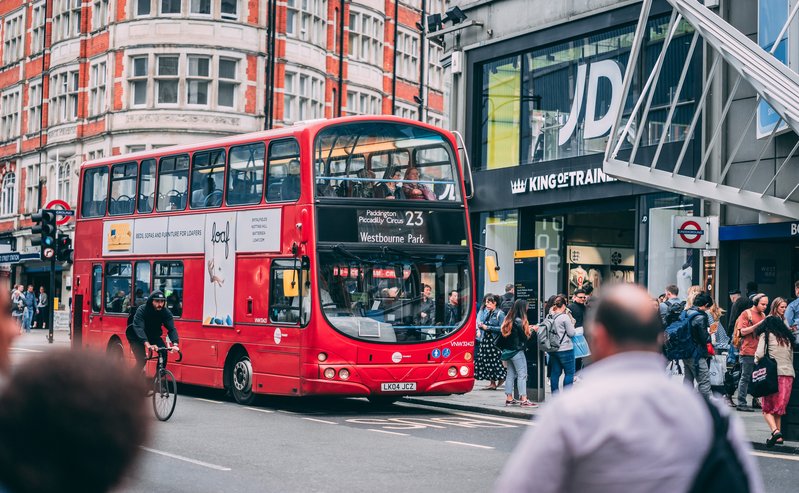 03 Dec The changing face of high streets at Hawkins Brown

Hawkins Brown, an international practice of architects, interior designers, urban designers and researchers invited The Assembly Line in last month to talk about ‘The role of markets and the changing high street’.

The objective of the talk was for their team to learn more about the changing high street and the role street markets can play, which may impact the practices’ placemaking projects in and around town centres.

The presentation and Q&A, provided a whistle-stop tour of changes impacting the high street as the retail sector undergoes huge change, the history of markets looking at them in all their guises and how the combination of high streets and markets can work together to create stronger places, that stand out, build more resilient places and offer something of interest to attract customers.

First off, we talked about the renewed interest in markets, partly on the back of the Portas Pilots in 2012, that looked to animate high streets and revive markets. This was also when the National Association of British Market Authorities (NABMA) launched the ‘Love Your Local Market’ fortnight event, which is now held annually in May, globally.

The Greater London Authority (GLA) has mapped 280 retail markets, up from 163 in 2010 in London alone. Street markets have served communities for hundreds of years, as a place to start a business and to buy and sell goods. Recently we have seen the rise of the food hall. With both markets and food halls often touted as being the ‘fairy dust’ for failing town centres, the talk considered how accurate a claim this really is.

In London, there are many well-known, historic charter markets like Spitalfields or Borough Market, but in other cities like Manchester and Liverpool, there seems to be a greater number of privately run markets with The Makers Market and others expanding all the time, perhaps due to less restrictive legislation than London?

As the number of food halls expands rapidly, there is a danger that it becomes the new ‘clone town’ with new ones opening weekly. In line with starting a regular market or opening a new high street business, food halls need to resonate with their location to ensure long-term success. Merely replicating what is in the neighbouring town or offering food you can buy anywhere, will create competition. But, there are some great ones out there!

The presentation then moved on to the changing nature of high streets. Whilst we’re surrounded by ‘death of the high street’ headlines, it’s not quite the reality. There are a lot of empty units, especially outside London and change is happening faster than ever but with it comes opportunity; the chance to adapt and create high streets that better serve the needs of their users rather than the version we have ended up with today.

Again, it’s different between more urban, inner London and the rest of the UK. In London, two-thirds of people live within a five-minute walk of a high street (GLA High Streets for All) making hyper-local with a huge catchment area, if they are attuned to what people want. Outside London, there is more car usage and less frequent public transport meaning customers are perhaps more likely to stop off at a parade of shops on their way to/from somewhere than visit a high street on foot but again, with this understanding the offer can be tailored to meet the local need.

In their Value of High Streets 2017 report the GLA called for high streets to be protected and enhanced through policy, advocacy and investment. We are now beginning to see this happen with a raft of high street focused funding from the largest one, The Future High Street Fund to Heritage Actions Zones, The Stronger Towns Fund, and the Clean High Streets fund.

June 2020 will see the launch of The High Street Task Force, which will be managed by The Institute of Place Management at Manchester Metropolitan University. This will provide access to a range of partners that can provide information, expertise, training, data, and insights to help places work more collaboratively.

We touched on the IPM’s 25 factors, that place leaders can prioritise in their places to have an impact. The 2019 update saw new entries for innovation, functionality and redevelopment plans with the highest new entries being markets at number 17 and non-retail offer at number nine which led us to talk about the rise of the multi-functional / mixed-use town centre.

The talk also questioned what places and markets can do together to revitalise areas, the role of the architect and what part markets play in our future, particularly where architects and urban designers are devising place plans or town centre public realm changes. We emphasised the importance of working closely with local stakeholders, engaging people and observing how spaces are used to build an understanding of movement patterns.

We ended the talk with a Q&A discussing what we are witnessing on the high street, our experience with markets and what we can learn from each other. There were some interesting questions around when the dominance of street food (at markets) may decline; if there being more women in the workforce and changes in work patterns was impacting footfall on high streets and what did we see happening next.

We are increasingly collaborating with architects and urban designers, particularly where there is a multi-disciplinary team approach on projects so this was a great opportunity to exchange views.

We would like to thank Hawkins Brown for their invitation.

About the speaker- Diane Cunningham, director, The Assembly Line

Diane is Director of The Assembly Line, an independent consultancy providing project management and marketing services to places including street markets and town centres. In London, Diane sits on the capital’s first Markets Board established by the mayor to protect and develop street markets. She is also a member of the Institute of Place Management and studying on their MSc programme.

If you’re interested in Diane speaking at your next event, please get in touch.