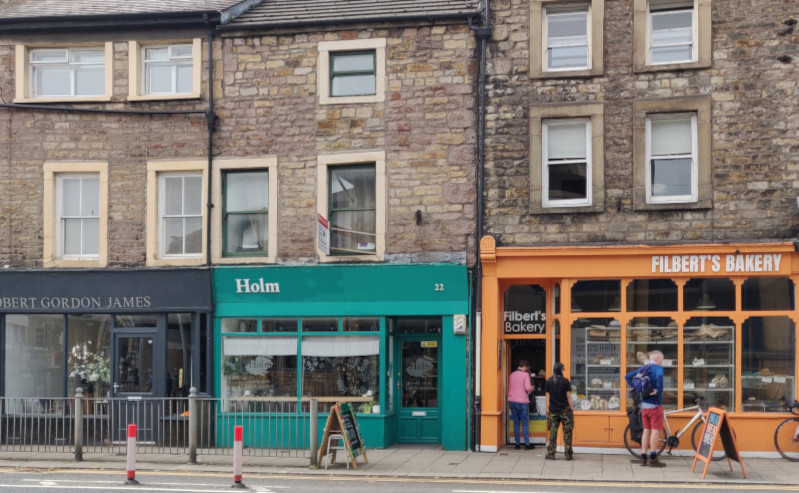 Recently I’ve been exploring the North West and finding out about local projects in the larger towns and cities. So far, I’ve visited Lancaster, Bolton, Preston and Wigan (more soon on those) and there’s plenty more places to go!

My first trip was to Lancaster, a city I’d wanted to visit for a while, but never seemed to have enough time in the area to fit it in. It’s really well connected being on the West Coast (train) Line that runs between London and Scotland and the train station starts things off well, with an air of grandeur conveying the city’s history and providing a sense that important events have taken place here.

From the train station into the centre, it seemed that there was traffic everywhere and confusion (on my part) about which streets in the centre were pedestrianised and which were not. However, with good way-finding almost everywhere, it was easy to step away from the traffic and into quieter spots to admire the buildings or the views and find my way around the centre.

The architecture is stunning, with many different passageways and historic buildings dotted about to keep it interesting.

The city centre was busy with the main multiples represented along with a nice mix of indie F&B outlets and local/regional businesses and a strong creative sector. 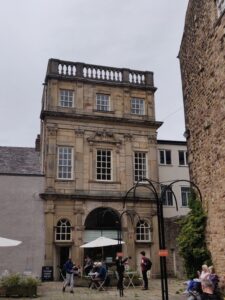 Also on King Street, there was a lovely run of painted shopfronts housing Baker´s to a Coffee shop and Hairdressers. The shopfronts really pulled the block together and made the businesses look inviting.

Nearby local shops like Arteria with Gallery 23 were celebrating locally made goods alongside those from further afield. For younger people, The Assembly Rooms Emporium selling second hand and vintage which, was popular.

While, some loss of retail is evident – mainly as a result of the same chains failing/leaving as in other cities – some streets have higher vacancy rates than others. It seemed that the closure of offices, perhaps related to the pandemic; or not, was having a bigger impact with many side streets of Georgian terraces that house offices now being up for rent/sale.

It was interesting to see that there was little visible covid adaptions in Lancaster town centre. All bars, restaurants and cafes had outdoor seating and spacing inside but there didn´t seem to be any permanent design or architectural changes, yet.

There was a well signposted market taking place in front of the Town Hall which added interest to the city’s food offer with live music. The market seemed to be lacking a connection with local produce and was more general in what was sold.

It was great to see other events also being promoted and hosted in Lancaster over which included a cycling event (Lancaster Grand Prix 2021) and an Italian festival (Festa Italia) and Lancaster BID’s promotion of the city appeared to be very much event-led with a packed Christmas events programme underway including a Christmas Window promotion.

The city appeared to have some challenges in establishing who its users are. Lancaster University is three miles out of the city on its own campus, yet there were signs that student accommodation was making up more of the city centre with a few night time venues aiming at students, but not a great deal to appeal to them during the day.

It struck me as a great base for a weekend / longer break being close to both the coast at Morecambe, the Lake District and the Forest of Bowland and Lancashire villages but it there didn’t appear to be any tourists around.

Lancashire has a great food offer but there wasn’t a sense that local/regional food was celebrated in the city.

This wasn’t a ‘work trip’ but it’s hard to visit places and not conduct a place review! The difference with a work visit is that there would be background documents, a briefing and possibly a guided walkabout with the council or BID and a follow-up report, like the type of assignments I carry out for the High Street Task Force. Going it alone, it’s a different perspective and sometimes it’s good not to have an agenda and to experience a new place.

Which other towns/cities should go on the north west (or south east) lists and what’s interesting about them?