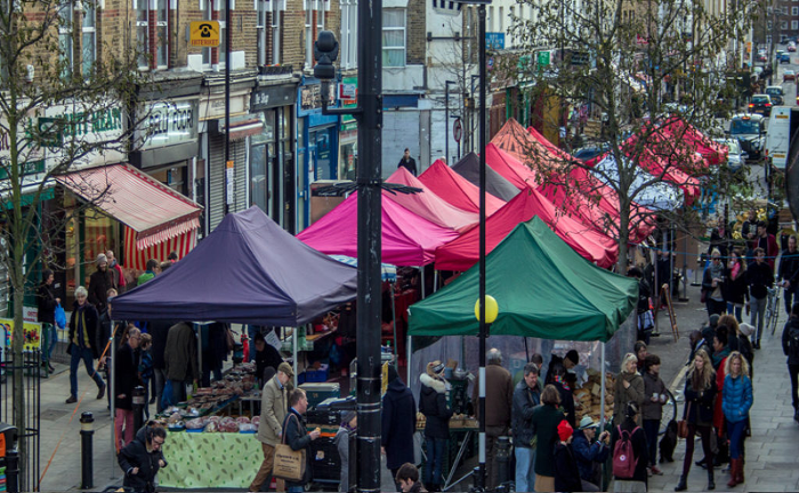 Chatsworth Road Market Traders’ and Residents’ Association (CRTRA) were the first group in Hackney, East London to launch a start-up trader programme for local residents at its weekly market.

As the market grew from its early stages and expanded, the team wanted to ensure that local residents still felt connected to it and that there were opportunities available to them, if they had ideas for a new product or service.

This entrepreneurial programme was aimed at local people on benefits (postcode and benefit confirmation were part of the application) and provided the opportunity for new traders to launch their own businesses at the market.

The project aimed to:

The scheme devised an enticing offer for new traders, which included:

During the scheme we faced a number of challenges, including working with the council (during a period of changing people and roles), which required several months of meetings to agree that the fees and charges could be waivered for the scheme. Having never run this type of programme before we also found that:

Traders who launched through the scheme and have gone on to great success include: Packd (smoothies, now retailed in supermarkets), Daughter of Jon, Vicky’s Donuts and Chale Let’s Eat.

As a result of the success of the programme, Hackney Council launched a borough-wide programme, which offered all first-time traders four weeks free trading at other Hackney markets.

We underestimated interest in the programme, which resulted in us changing the programme to only be open to those on benefits (specifically JSA and ESA) to reduce application numbers.

We also learnt how important is it to link on-going training and funding for product stock to the programme. Some applicants had viable ideas and products, but we were unable to provide them with funding for materials and/or stock or longer-term training (at the time). We were clear from the start, that the programme offered a chance to test an idea, even if it didn’t result in a market stall at the end of the scheme.

The programme was very admin-heavy and as it evolved CRTRA would promote and recruit traders in a shorter time period with a simplified process, so people came through the programme quicker.

The market stalls used in the scheme, were produced by a local welder (which was a great way to contribute to the local economy). In addition to the results above, at least six market traders (outside of the programme) went on to open shops including London Borough of Jam, Proper Old, Triangle and Isle of Olive, who all started at Chatsworth Road market start up programme and are still actively trading.

To find out how The Assembly Line could support your residents into employment, develop a street market as an incubator or deliver business support programmes, get in touch.