Liverpool – more than The Beatles? 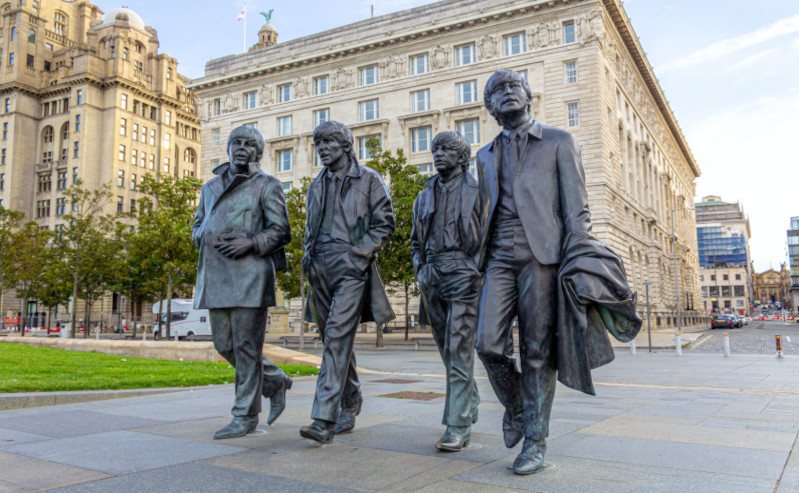 09 Mar Liverpool – more than The Beatles?

Posted at 21:54h in Development, Marketing by blog admin
Share

Can a place over-play their most well known asset?

With some people still hesitant on booking holidays, Liverpool is proving a hit with my friends and there’s been a steady stream of visitors over the past few months.

However, recently, a friend messaged (on the way) to say that they had looked online and come to the conclusion that, “Liverpool is all about The Beatles” and said “I don’t like them so what will we do?”.

My initial response to hearing my friends concerns, was ‘challenge accepted!’ in proving that there’s plenty more to see/do in this vibrant city aside from Beatles memorabilia.

The Beatles (and the wider (1960’s)) Merseybeat scene are of huge importance to the city and part of its history and have a global appeal but there’s so much more to Liverpool than nostalgia and as you can see, they didn’t feature in the weekend.

Our packed weekend started to unfold at Lime Street station, by walking through the south side of the city. From the Georgian Quarter and on to the Victorian grandeur around Sefton Park there was wildlife, regenerated streets, (heritage listed) pubs and coffee stops aplenty.

Day Two took us to the Cathedral, Baltic Triangle with its diverse market and street food offering and warehouse-style cafes. We then headed to The Albert Dock and on a very blustery ferry trip (with obligatory Gerry Marsden, Ferry Cross the Mersey over the speaker) before heading to the commercial area surrounding the town hall and Chinatown.

My friend’s initial reaction, did give thought to the local place marketing and whether, in some cases, the biggest asset of a place can be over played to the detriment of the wider offer? When I lived in Manchester, people’s response was ‘Manchester? Manchester United!’. These days Manchester is another city that has undergone enormous change and hopefully has many more answers, given in response to what the city is known for.

So, has Liverpool overplayed The Beatles? I’m not sure at this point. I’m indifferent to them in terms of local and city-wide context, but they are obviously important to many and generate a huge amount of money in the city. However, as perhaps illustrated by the response to funding for a new music attraction incorrectly promoted as another Beatles venue, perhaps there comes a point when the Beatles narrative becomes too loud?

There’s a lot happening around the edges of the city, from the now established Baltic Triangle to the developing Fabric District and North Docks areas. It’s a small city and all of these places are accessible to tourists and residents alike. There are community groups doing great things all over the city and many parks (beyond the headline grabbing Sefton Park). All of these aspects make up the city’s story and will shape its future, not just The Beatles and the past.

When I work on marketing projects, the challenge often centres on customers/clients/ visitors only knowing a place/service provider for what they know about or how they interact with them (rather than the many other facets to them). The same applies to Liverpool in that it might be known globally for The Beatles (and football) but there is so much more to it and in its defence, I think the websites that I visit to see what’s going on (such as Visit Liverpool) do convey that mix.

As for the initial reluctant friend? They embraced The Beatles a little with a photograph of the Penny Lane Sign. They haven’t yet listened to the White Album or Revolver yet, but they are keen to return to Liverpool!